Bouncing from Madras to Beijing to Hong Kong to New Delhi to the Fiji Islands before arriving in Thousand Oaks, California, is a pretty heavy itinerary for a kid growing up.

It forced Abhi the Nomad to make his sound a source of stability. Now he's released 'Marbled', a sonic travelog that spans his time in 10 cities, 8 states and 4 countries – all before the age of 21. His catchy grooves and radio-ready sound mask the moody truth of a nomadic upbringing that forced him to navigate constant change, periods of isolation, and a migrant's sense of loss.

After his application for an H1-B visa in 2016 was rejected, Abhi is freshly back in the States as a student with more swagger than ever, attending community college in Austin, Texas and touring widely. 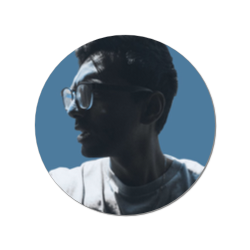