In the business districts of big cities in Japan, cheap shirts, ties, and underwear are on sale for those hard-working (and hard-drinking) salarymen who didn't make it home the night before. Brutal hours, few holidays, and a corporate culture that puts company ties before family ties, have lead to karoshi, or death by overwork, far too often.

Yoshihisa Aono is one of the rare executives pushing back. Instead of waves of black suits, staff at Aono's Cybozu, a Tokyo-based software company, wear casual dress and trainers. Aono sets an example by leaving work at 4:30pm to see his three children, makes use of paternity leave and even goes on holiday(!).

Now he's tackling gender issues by naming himself as a plaintiff in a suit against the Japanese government for the right to use his premarital surname. Aono's method to effect the changes he wants to see in Japan – namely, a more diverse work environment with a better work-life balance – is to lead by example. 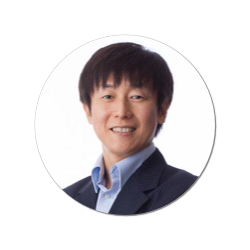